Harnessing the Power of One

I found myself reflecting on pivotal events of 2013 recently and in honour of Nelson Mandela’s passing, I watched again a 1992 movie called “The Power of One” set in South Africa during WWII featuring a young English boy raised under apartheid. It was a powerful movie of racial injustice, and had one amazing soundtrack. I downloaded it to my iPod for inspiration moving forward into 2014.

The “Power of One” theme seemed a fitting beginning for 2014, with the promise of the internet as a marketing tool available to the masses, enabling that power of one to connect with the power of many. But as I reflected more, I realized for many marketers, there is a missing step in reaching the masses. Many forget that to reach the many, they first have to reach out to one, and give that one person a reason to share it with their community, thereby achieving the many. It’s actually a three-step process: one-to-one-to-many, rather than a two-step of one-to-many. When we frame it from this perspective, it becomes about others, not about you or your business. 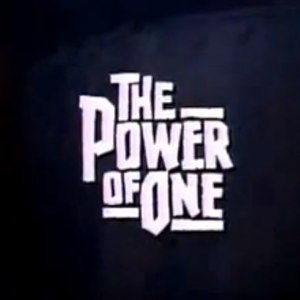 So why do people share online? In my experience, people share content that makes them look smart, look connected, look funny or look insightful. If you can provide content that allows your readers to appear smart, connected, funny or insightful, the chances of it getting shared go up exponentially. While this is a subtle shift of thinking, it’s an important one in harnessing the power of one.
Another key to getting content spread from one to many is having something that lends itself to a great headline that people will want to open, link to, and ultimately share. So what are some ways to boost the sharing of your content?
1. Lists. In an abbreviated world of sound-bite communication, lists seem to resonate. (Headline example: 10 ways to glow your Twitter following in 2014)
2. How to do something. The world loves a teacher especially if there is a willing pupil. (Headline example: 5 sure fire ways to get publicity)
3. Facts & statistics. Generally statistics only get people excited if they are proving something unexpected. Graphic presentations work best. (Headline example: Social media metric shows huge user growth during 2013)
4. Negative spin. In a world of ‘how to’ advice, ‘how not to’ can cut through the clutter. (Headline example: 5 reasons people are not reading your Tweets)
5. Research. Quote research from respected sources and all parties instantly appear smarter! (Headline example: Yale University study on why women CEOs fail)
6. Case study. Nothing gets better than real life application when it comes to learning. (Headline example: Social media disasters of 2013)
7. News story. Put your own spin on a news story, or break news yourself. I did this last year when the Huffington post reported that Sam Sung was working for Apple in Vancouver. Since I live in Vancouver, I was able to add my own spin to the story, by doing my own journalistic investigation. He does work for Apple and he’s very good. It made for a great personal branding story. You can read it here: https://fiveminutemarketing.com/2012/11/sam-sung-a-specialist-for-apple/ (Headline example: Does Sam Sung really work for Apple?)
So yes, the “Power of One” is a great marketing theme for 2014. And framing your content from a one-to-one-to many perspective is critical. Just remember the reasons why people share, and give that individual person you reach out to motivation to share with the power of their many, making it about them, not about you. Until next time, Tap the power of one.