The future of advertising?

The last 50 years has been about mass marketing. But consumers have changed. Many don’t trust advertising anymore. They’ve been lied to and faked out. Many ads have become wallpaper – seen but not remembered. Consumers have become savvy. Media can no longer be the cracks between the content. Enter digital marketing. Digital is the ultimate mass marketing and individual marketing all at once. And because digital is social, encouraging connections between people, it becomes the content. The future of advertising? 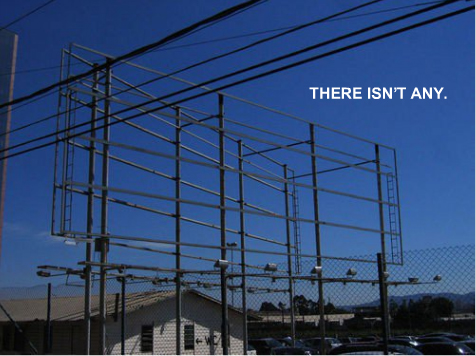 Well, not quite. But the future will not look like the past. Although billboards like this one will most certainly still be around, they like current TV, radio, print and transit, will likely be complimented by digital. And in many cases, traditional media will simply compliment or drive digital involvement. The pendulum will swing. Rather than picking traditional or digital, we will select the right tool or combination depending on the target and the objective.

Forgetting Sarah Marshall, a romantic comedy launched last year that follows Peter after being dumped by Sarah utilized both traditional and digital media brilliantly. They could have just posted a trailer to Youtube, bought print ads and waited at the box office. Instead, they embarked on a clever transit campaign as a teaser to drive people to the website. 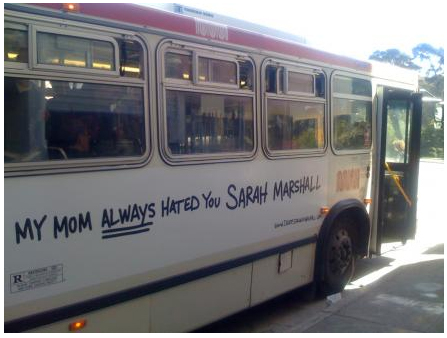 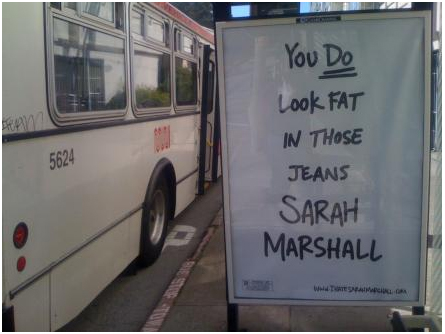 Once at the website, people could get to know Sarah and Peter, learn each side of the story, look at posted photos, video and exchange thoughts and advice through the website and blogs. Remember up until this point, it was not known to be a movie. People thought they might be engaging in relationship advice of a real couple. Albeit one with a messy, public and expensive media glorified breakup. Check it out:
Sarah’s blog: http://www.sarahmarshallfan.com/
Peter’s blog: http://www.ihatesarahmarshall.com/
The point is, traditional media drove traffic to the web, where viewers then followed the story and engaged with others using social media. When the movie actually launched, they had already become participants in the story and of course they went to see it. The movie grossed over $100 million globally. In case you missed it or want to rent it, here’s the trailer: http://ca.youtube.com/watch?v=3xuMfKxXnDk
The future of advertising? There IS one. It just looks more engaged through digital media.